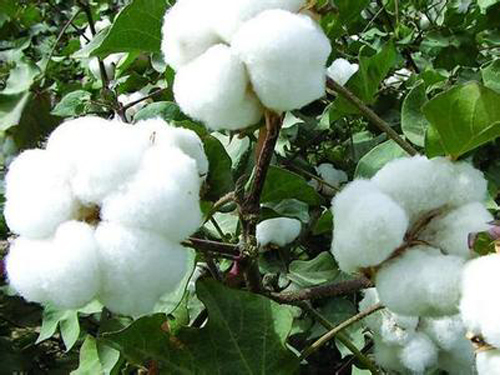 Following the large-scale relocation of textile companies, the data show that in the first three quarters of this year, many textile and garment companies in China are still in a state of operating losses. There are frequent occurrences of runaways, lost associations, and factory closures by textile companies.

A person in charge of a large-scale textile company in Guangdong told reporters: â€œOur domestic and international price difference per ton of lint is about 3,000 yuan, and domestic stocks are still tight. Is this normal? Our material costs are higher than others, and labor costs are also higher than in Southeast Asia. Textile and apparel Where are the corporate roads and how do Chinese textile companies compete fairly with foreign companies?"

International Cotton Association data show that the overall cotton harvest this year is quite good, Europe, the United States, Pakistan this year, a bumper harvest, India has risen all the way to become the main cotton producing country, China's Xinjiang, Shandong, Henan and other cotton production is also a major harvest.

According to data from the China Cotton Association, China currently has more than 12 million tons of cotton stocks, and the actual total annual usage is 6.8 million tons. It is estimated that the output this year will be more than 6.6 million tons and the quota will be 890,000 tons. The total supply will exceed 19.69 million tons, that is to say, in terms of the current inventory, even if we no longer store, our country will not lack raw materials within 3 years.

Large price difference between inside and outside

In terms of **, the current average price of domestic standard cotton sales is 14,821 yuan/ton, and the settlement price of New York cotton* December is 63.00 cents/lb, representing the international cotton index (M) of the average price of imported cotton in China's main port. 1% tariff calculation, equivalent to *** import costs of 11,912 yuan / ton, compared with last week fell 126 yuan / ton, a decrease of 1.1%, lower than the domestic market 2,909 yuan / ton.

Analysts pointed out that with the arrival of new cotton in Xinjiang in China, it will help ease the current tight market conditions, foreign cotton will fall under pressure. However, it is undeniable that imported cotton has a lower price than cotton in the domestic market.

Can the reform break the dilemma?

With the deepening of the reform, the reform of the cotton market has entered the implementation stage. The contents include stopping the supply of reserve cotton, leaving room for new cotton purchases and sales; in addition to the distribution of tariffs within the distribution, in principle, no increase in the issuance of import quotas to encourage textile enterprises to use more domestic cotton; take necessary measures to guide the support of large cotton enterprises and other market players Actively enter the market to prevent "sale of cotton."

Observers pointed out that this is a gospel and will really be in line with the market. Cotton trade will be formed by market supply and demand, and the government will no longer interfere. At the same time, it also protects the basic income of growers. The country no longer temporarily collects and stores at a fixed price. When the market price is low, the planting income of growers is basically guaranteed through state subsidies and the cotton production is stabilized.

However, there are also market participants who have expressed their worries. In the process of implementing the policy, the various contradictions in the subsidy are intertwined. Under the favorable policy, how to achieve a smooth transition, promote the smooth progress of the reform and get rid of the current market cycle, this will fundamentally change the enthusiasm and confidence of late growers.