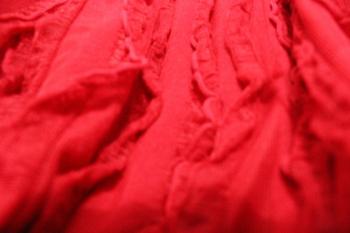 In the first half of the year, Chinaâ€™s total value of imports and exports increased by 8.6% year-on-year, especially the negative growth in the first 16 months of imports and exports in the month of June. This weak performance has caused market concerns. The Ministry of Commerce assessed that Chinaâ€™s foreign trade has encountered a rather harsh external environment in the first half of the year, and the main reason for this is the shrinkage of the traditional market. In addition, the appreciation of *** and the continuous rise in the price of labor force have also brought pressure to export companies. .

From the perspective of Chinaâ€™s textile trade performance, the growth rate of textile and apparel exports was higher than that of the same period of the previous year, while the import and export trade volume of cotton textiles maintained a steady rise. The growth rate of exports was higher than at the end of 2012, but the growth rate Slower month by month. With the exchange rate higher, especially in the second quarter of the textile off-season, some export-oriented textile companies are greatly affected by the exchange rate and the export situation is not good.

Domestic sales accounted for a higher proportion of export growth, export growth slowed down China's cotton textile exports accounted for about 6% of the total industry sales, which is lower than the export share of around 15% of the textile industry. In recent years, due to the declining demand in the international market, coupled with the vigorous development of China's domestic textile market, the proportion of China's textile exports has declined.

In the first half of 2013, Chinaâ€™s total exports of cotton textiles totaled US$14.1 billion, up 13% year-on-year, and cumulative imports of cotton textiles totaled US$4.3 billion during the same period, a year-on-year increase of 26%. Although the import and export volume maintained a certain growth rate, it was found from the changes in the growth rate in the first half of the year that the increase in import and export volume decreased month by month.

Imports of cotton have seen a year-on-year negative growth. From the perspective of product categories, China's cumulative imports of cotton were 2.41 million tons in the first half of the year, a year-on-year decrease of 21%, and cotton imports were US$4.68 billion, a decrease of 35% year-on-year. From the perspective of unit price change, the unit price of cotton imports in the first half of this year was lower than the same period of last year. The number of imports showed a negative growth year-on-year, partly because of the large number of cotton imports in 2012, followed by the fact that some textile companies received smaller monthly quotas and may use them centrally. This year, for the first time, the policy of linking quotas to purchases of reserve cotton has been adopted. From the perspective of the deposits taken before July of this year, the transaction rate of 25% or so of state reserve cotton has also led to a slow progress in quota issuance. From the aggregate point of view, as of the end of July, The number of quotas issued in 2013 will be less than in 2012.

The market outlook predicts that the foreign trade situation of cotton textile will tighten in the second half of the year. The spokesman of the Ministry of Commerce will judge that the foreign trade situation in the second half of the year may be tightened. To this end, the country will also adopt a series of policies to stabilize exports, such as improving the level of trade facilitation, providing better services to small and medium-sized foreign trade enterprises and further improving the international environment, etc., in order to ensure the overall quality of Chinese products in the global market. Share.

In summary, the analysis of the development situation of China's cotton textile trade in the second half of the year will begin with the advent of the traditional peak season, the tension situation of textile companies will be eased, and many companies have expressed certain confidence. Secondly, textile cotton is still on the whole Mainly stored cotton, storage and storage prices will affect the cost of cotton textile companies, if the reserve price is still maintained at 19,000 yuan / ton, will inevitably continue to hit the third export of China's cotton textiles, textile enterprises with high cost of cotton In spite of this, imported yarns and imported fabrics will once again hit the domestic market. Finally, affected by the international environment, the EU and Japan markets have been slow to recover, and the foreign trade situation of China's cotton textiles remains tight.